Nuage Vapor Lounge is a Vancouver based vape shop that offers vaporizers, hookahs, juices, and mechanical vape mods. Savage Syrup is their in house e-liquid product.

Having one of Vancouver’s most comprehensive catalogue of e-juices, Nuage knew they had to produced something vibrant, unique and energetic in order to stand out. 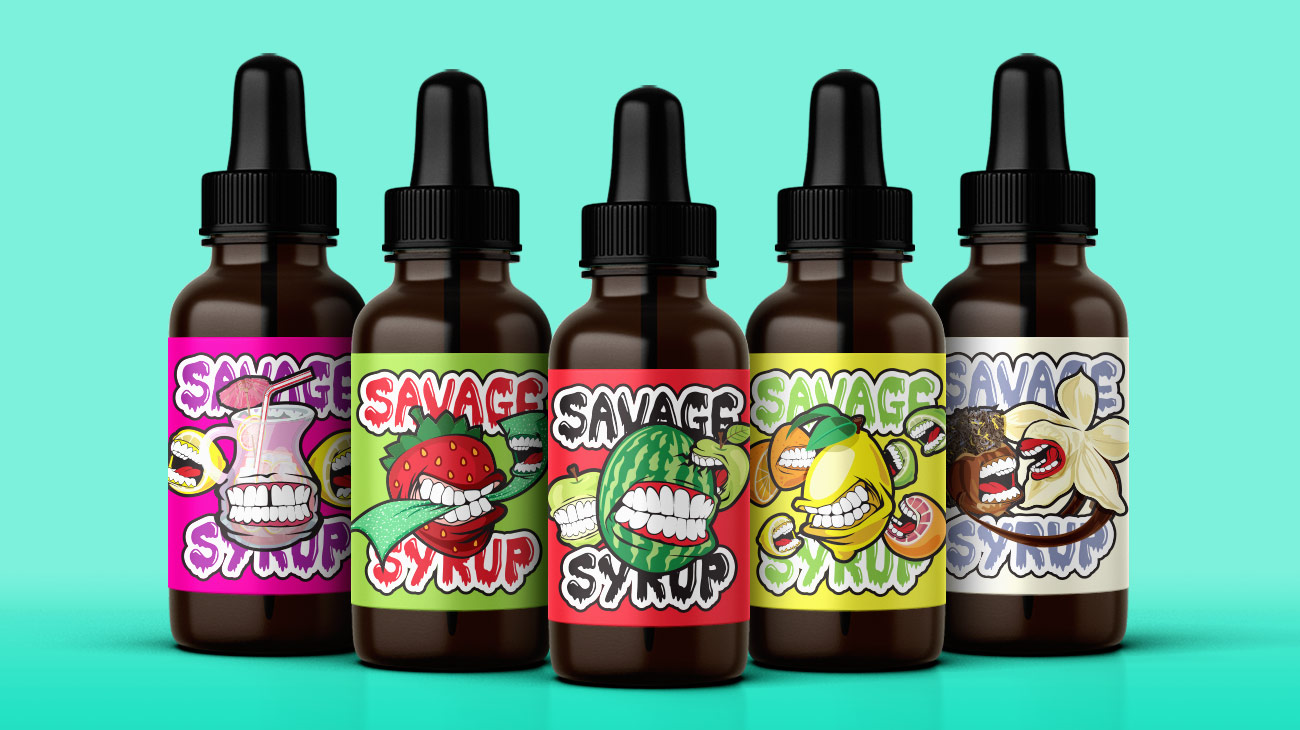 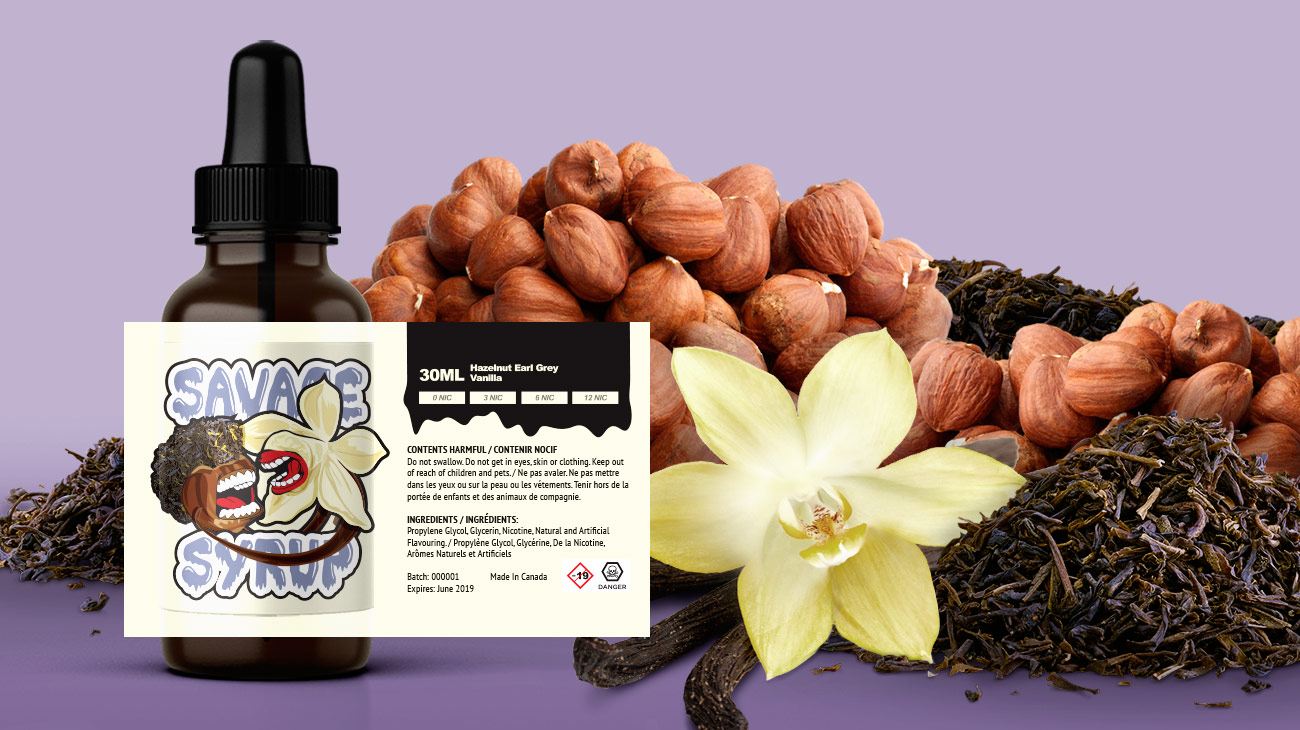 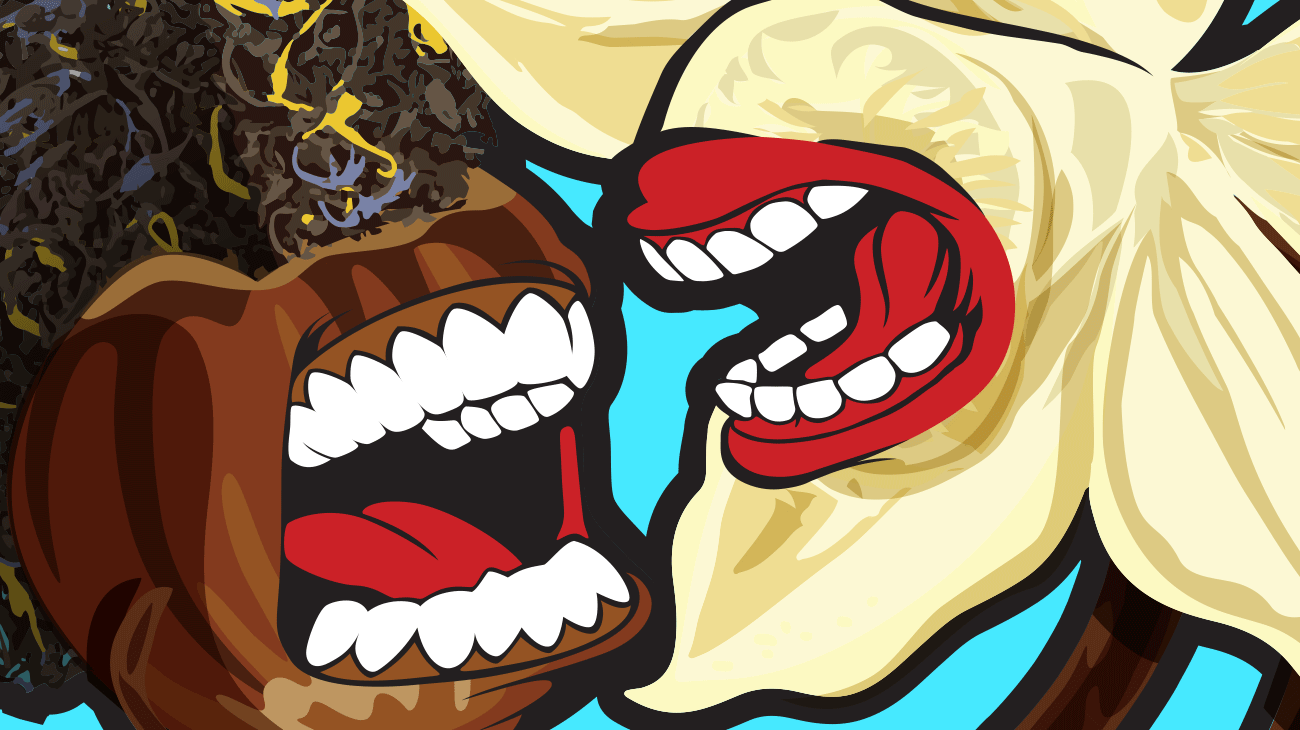 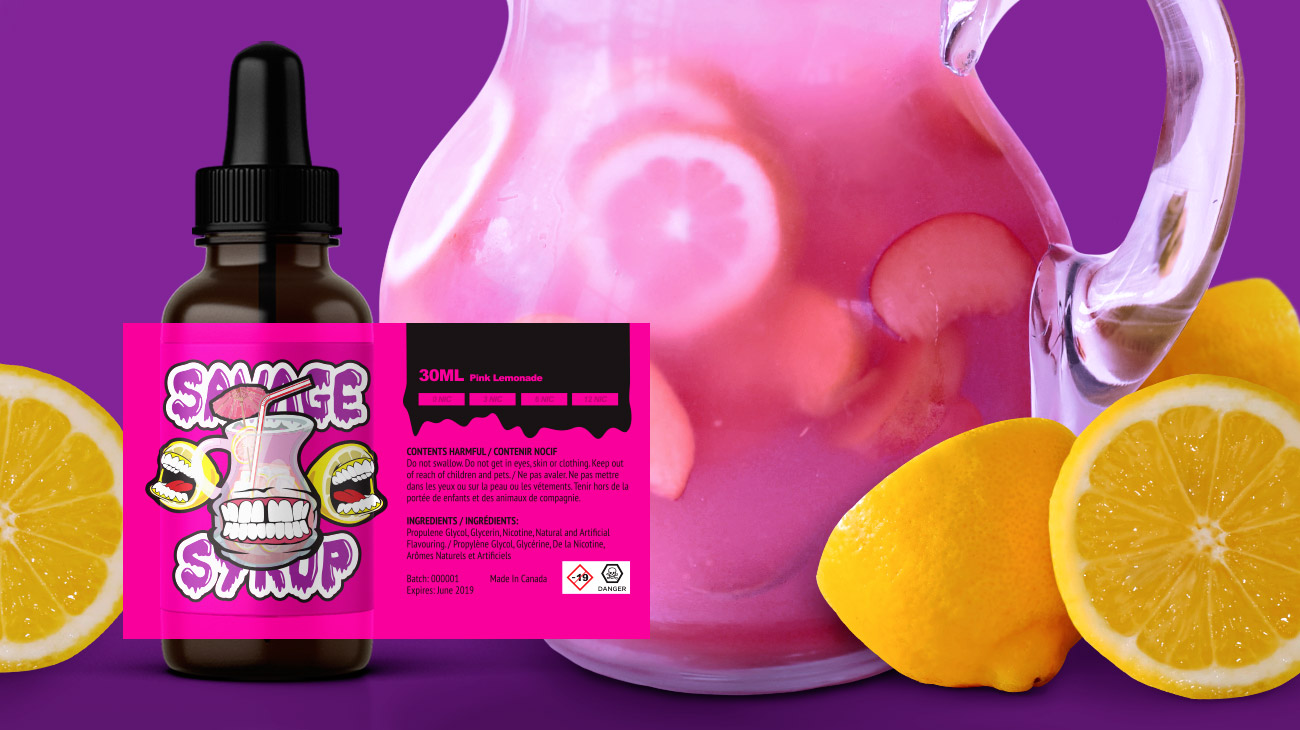 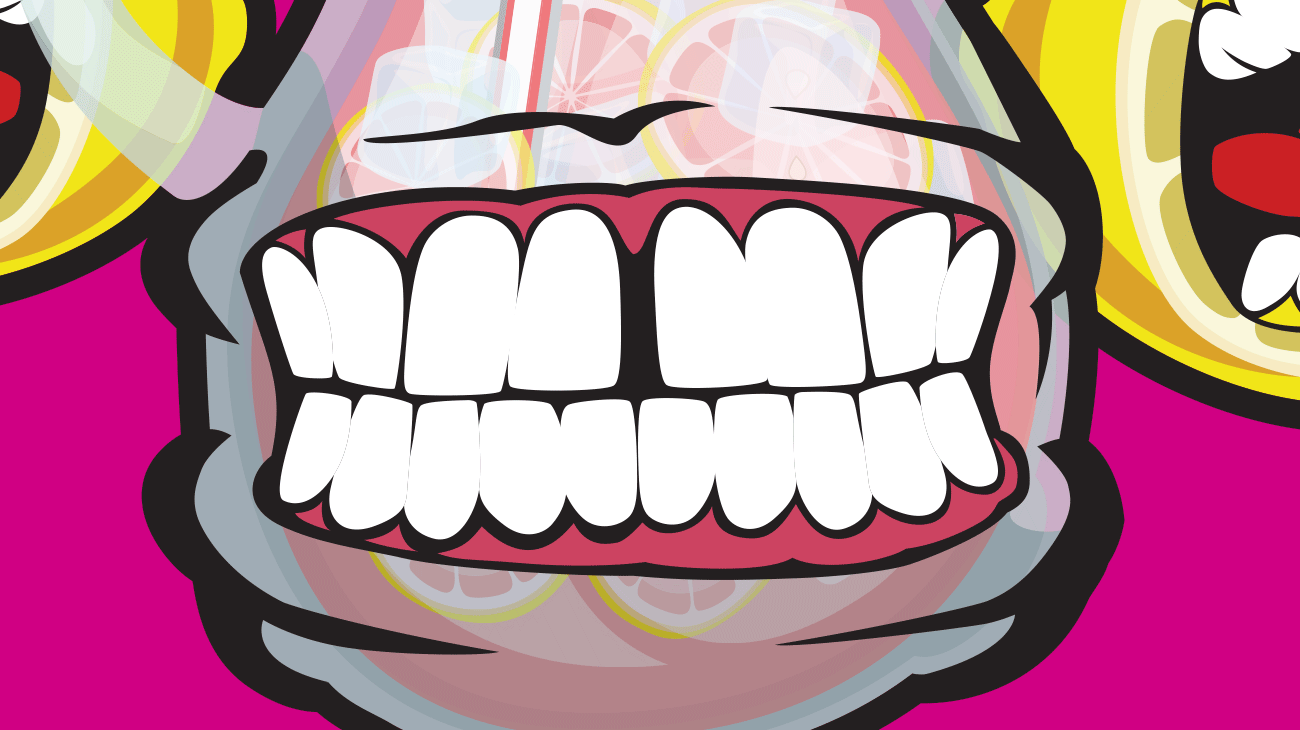 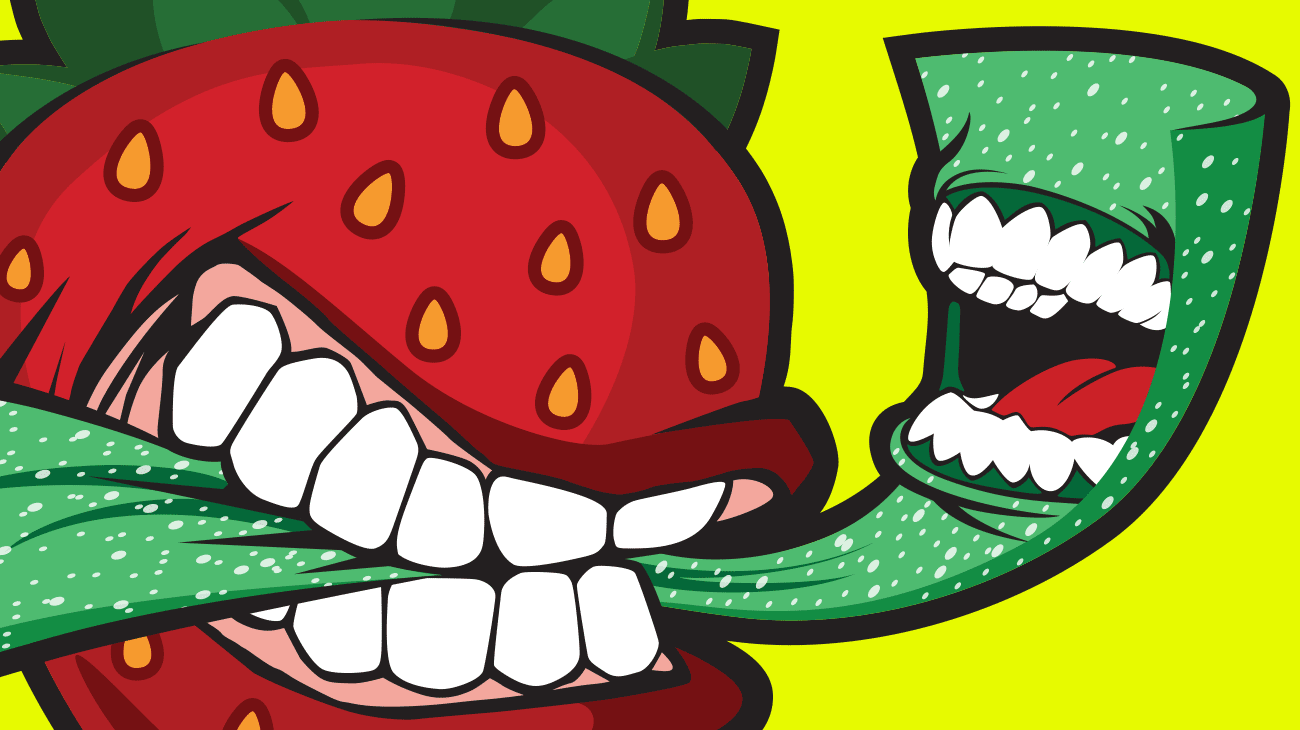 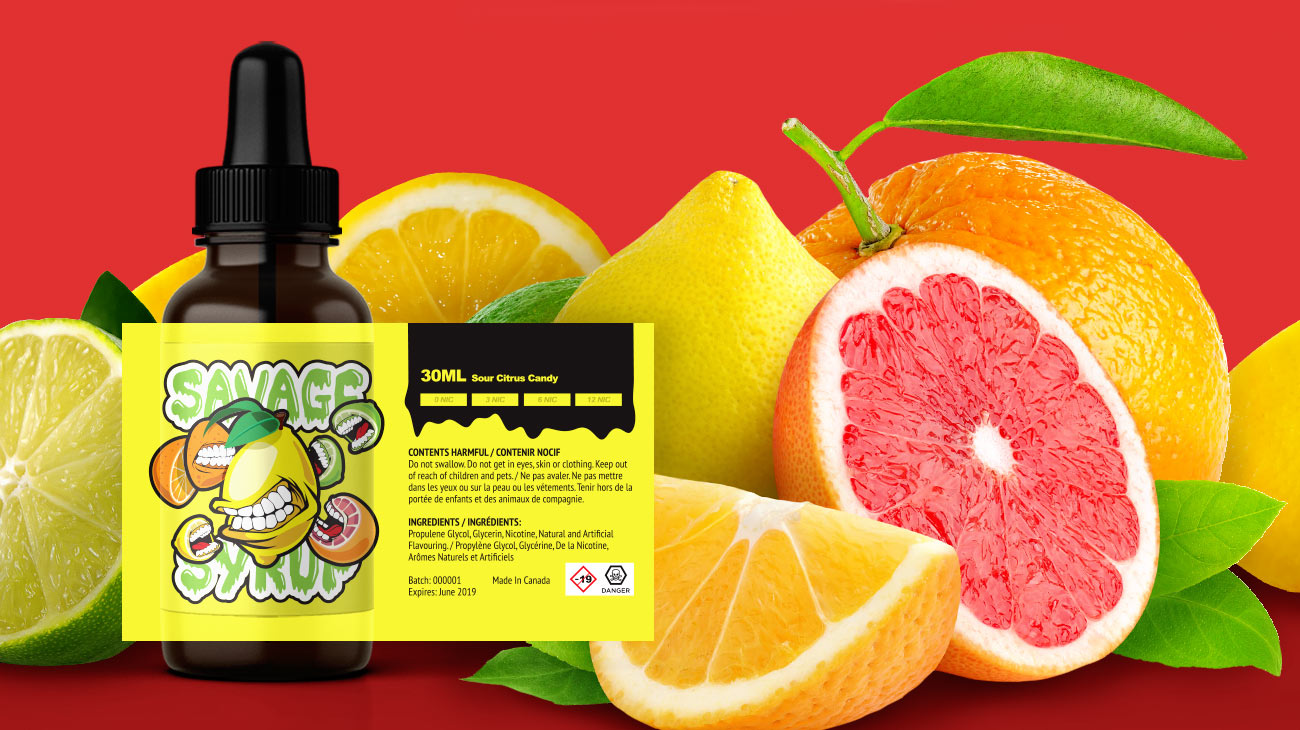 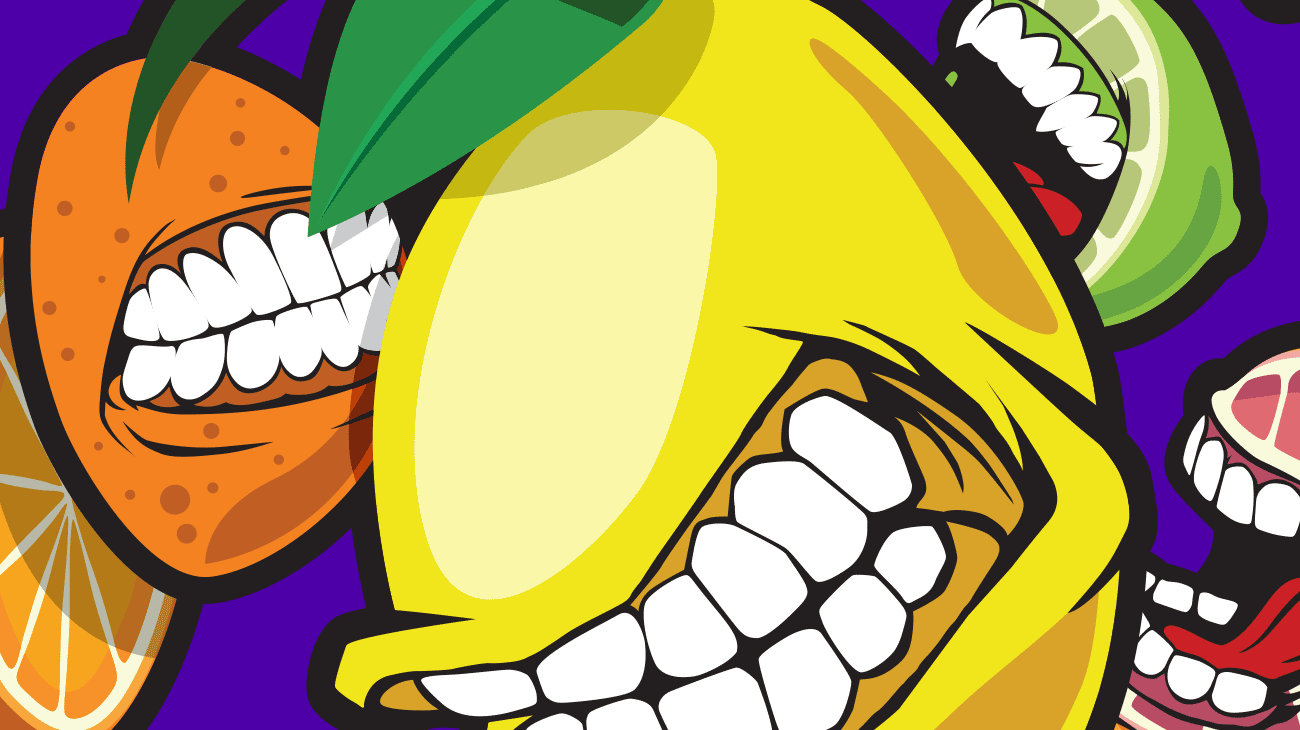 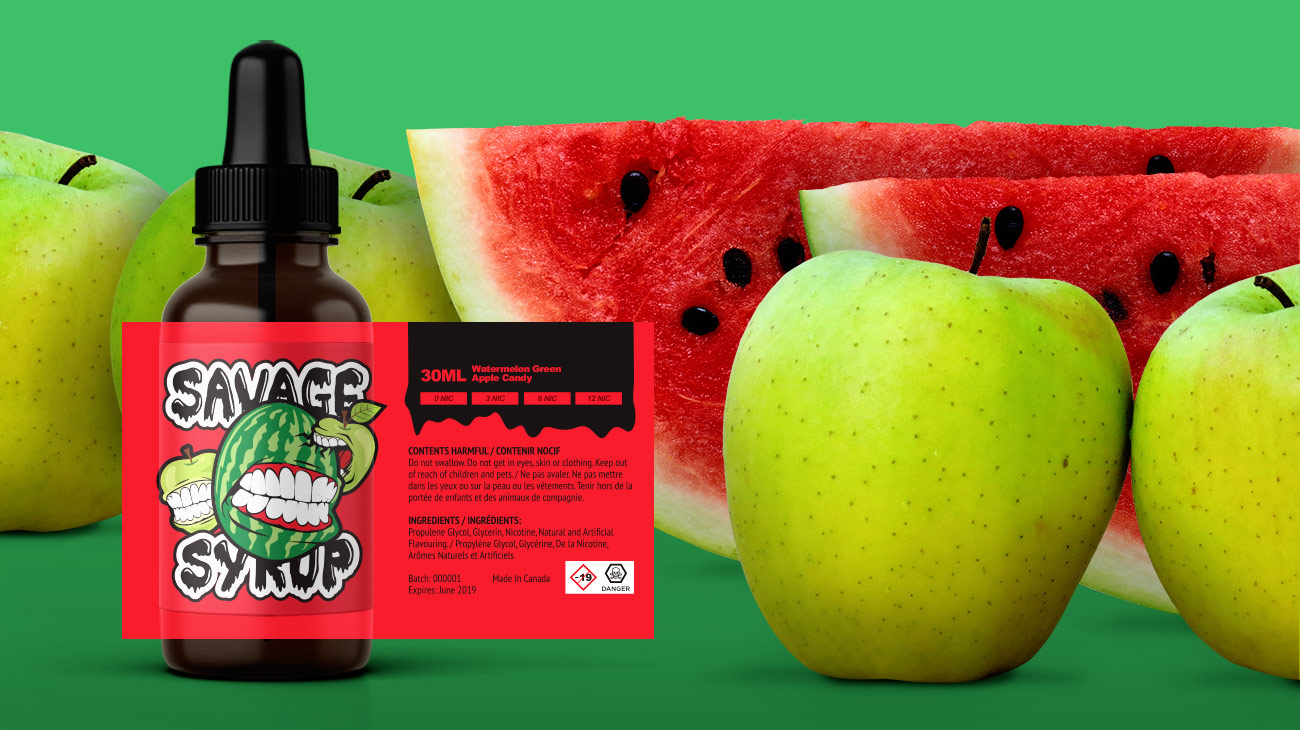 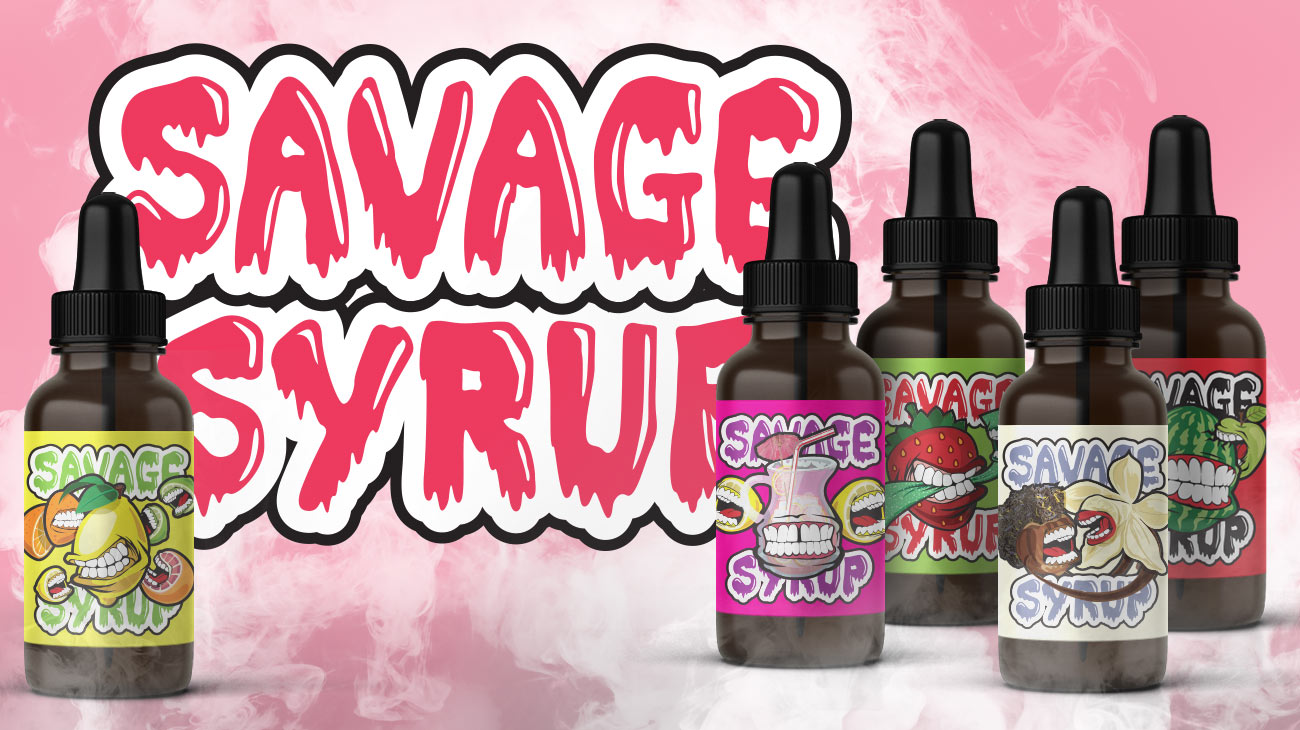 The first things we set out to do was determine juice flavors, and product name. I would then move into concept development with the aim of creating printed labels. Nuage started with 5 flavours, Watermelon Green Apple, Strawberry Apple Sour Belts, Vanilla Earl Grey Hazelnut, Pink Lemonade and Sour Citrus Candy. Understanding that there was no theme in the chosen flavors, I was given free reign to pitch the direction of the project.

The first pitch used interstellar imagery with the name concept name of Neblua Nimbus. The cloud inspired graphics would involve colouring nebulas to reflect the flavour of the juice.
The second concept was called Da Bomb. This saw the use of nuclear mushroom cloud graphics. Printing this concept would involve metallics.

Lastly, the final concept was more aggressive, inspired by the 1978 movie, 'Attack of the Killer Tomatoes.' invisioning flavours attacking one another, I named this concept Savage Syrup. With much excitement, Savage Syrup was chosen. I illustrated each individual flavor so each label was unique. The labels include a custom wordmark with drippy features. The backside saw the label’s health warnings and product information.

Concepts were derived using the Funnelling Design Process. The name and direction were developed through a series of presentations and concept ideations.

Custom illustrations depicting savage interpretations of each vape juice flavor. Each fruit illustration was created with influence from other juice brands and "Attack of the Killer Tomatoes," as well as retro gum packaging. All illustrations are vector based and unique to this brand.