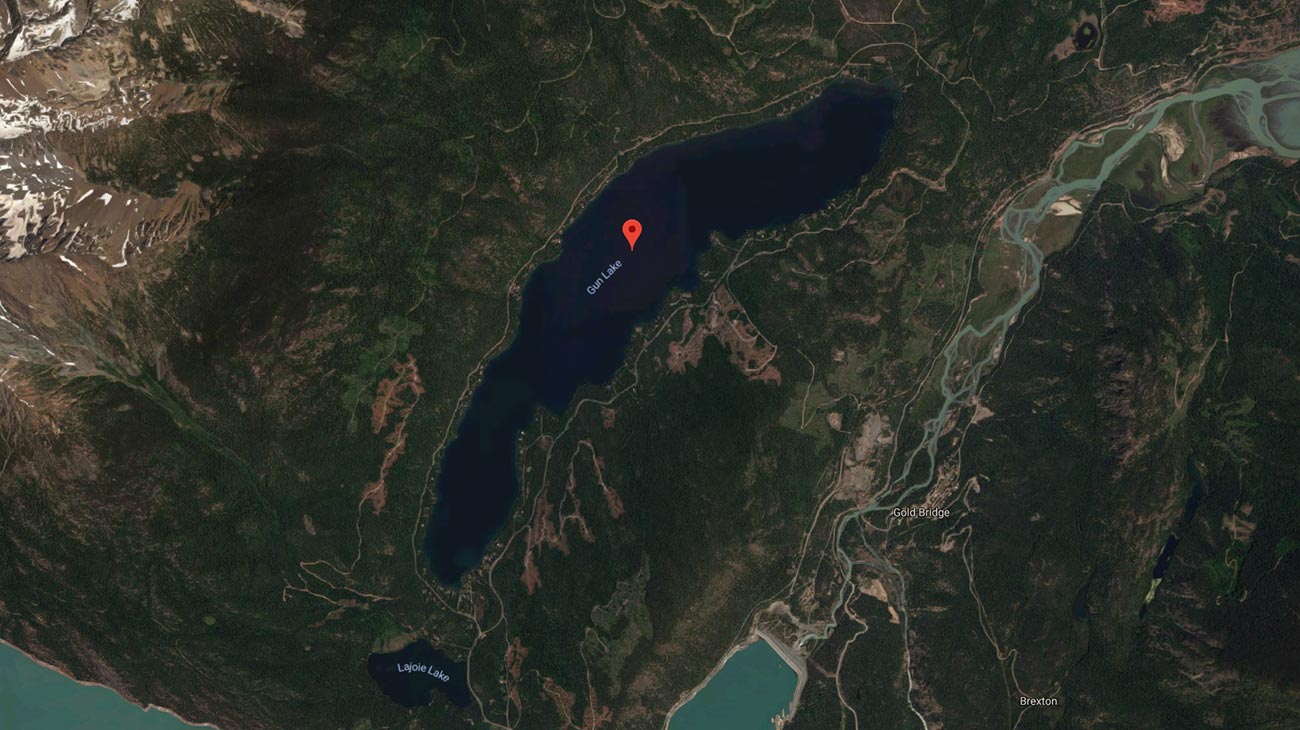 During our briefing, my clients told me a story about a place they frequent near Gun Lake BC. The home was described as the family’s place to get away, relax, and be creative. Named after the lake, the organization wanted to epitomize their feelings associated with the location.

Part of my first presentation involved creating a mood board and breaking down other movie making companies’ websites, logos, and intro videos. We wanted to ensure the new brand didn’t resemble anything that currently existed. We identified early on that the short intros before a movie starts, were a major factor influencing the development of the brand. It is likely, the intro would be the public’s most probable first interaction with Gun Lake Pictures. Since these intros are generally filmed or animated, I needed to take movement into consideration.
During the ideation phase, it was a challenge to avoid emphasizing the word “Gun” and representing the lake as just a lake. My first concepts showed a contained logo with a silhouette of a fisherman. The fisherman was used metaphorically to symbolize the uncertainty of fishing. Anyone can cast a line, but what is caught (if caught) is often a mystery. The second concept expressed a similar theme, using very minimal design aesthetics, the concept was delivered through a red and white fishing ball float. Lastly, I took a more graphic approach and illustrated a float plane, as this was one of the best ways to get to Gun Lake. The float plane reflected the idea of transportation, and adventure. I wanted the company to seem like they were taking their audience to unchartered territory.

In the end, we concluded with two logos based off the ideas of creativity, and uncertainty. The main logo is a loosely written typeface embodying creative energy. The icon developed is a fisherman on his boat, represents the concept of wonder. When casting a line, you really never know what you're going to get.

Branding Gun Lake involved creating a set of logos that can be used in multiple scenarios and applications. We concluded with the primary wordmark, fisherman icon, small versions of each, and a couple of options combining the wordmark and icon.

Branding concepts were derived using the Funnelling Design Process. Steering away from all gun motifs, we needed to think conceptually about the whole brand and direction.

At the time a fresh company, I assisted Gun Lake Pictures with the development of their business card design and printing.